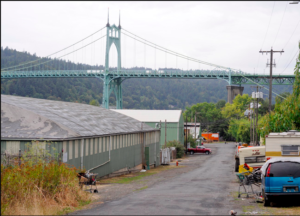 The North Portland neighborhood, long home to industrial sites and a racially and economically diverse population, is poised to see dense multifamily and commercial development of the type that has already transformed many of Portland’s close-in Eastside neighborhoods.

Two developers are responsible for a batch of new projects: Mainland Northwest, the Portland office of a Nashville, Tennessee-based developer; and Farid Bolouri, a local dentist turned developer. They’re following in the footsteps of PHK Development. Its Marvel 29, which opened in 2015, appears in retrospect to have laid the groundwork for changes to come.