Q & A: Developer Patrick Kessi talks about the future of his proposed Lake Oswego project 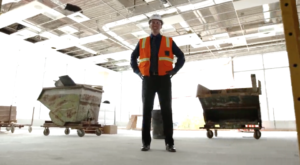 Portland developer Patrick Kessi pitched a big redesign of downtown Lake Oswego with his proposed multi-use project on Block 137, the Wizer Block. Some residents love it, some say no way. The city’s Development Review Commission shot down the project in July, saying it didn’t meet size and scale requirements. Kessi disagrees and has appealed the DRC’s decision to the city council, which will begin hearing public testimony on the issue tonight. In advance of the public testimony, the Business Journal talked to Kessi about where his project’s been – and where it may be going next.