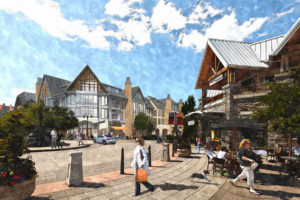 After months of speculation, the first five retail tenants for The Windward in downtown Lake Oswego have been announced — an eclectic mix of restaurants and shops that includes some well-known eateries, a woman’s boutique and a new home for a couple of local favorites.