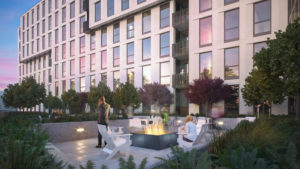 Construction that broke ground in the second half of 2017 is now well underway for one of the very few condos being built during a building boom focused on apartments, offices and hotels.

The Business Tribune spoke with Pat Kessi, president and founder of PHK Development, which specializes in condominiums and Class A apartment, and only works in the Portland metro area. He is developing the new TwentyTwenty condo building in Sullivan’s Gulch.

“We’re really excited about the opportunity to bring a Class A condominium building to that neighborhood,” Kessi said.